About Samarpan Meditation
Samarpan Meditation is a simple and unique way of meditation that connects us with Universal Consciousness. It is beyond the realm of religion, race, statuses, geographical boundaries and is practiced for free in United Kingdom, Canada, Germany, Australia, South Africa, USA, Japan and more 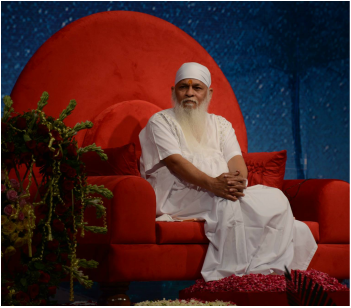 H.H Shivkrupanand Swamiji is a living saint of the 21st century and founder of Samarpan Meditation. Swamiji was born in a Brahmin family in India. He was curious about the existence of God right from his early childhood. The questions uppermost in his mind were, “What is God?” “Where is God?” “How to experience Him?”

Swamiji continued his search while completing his Masters in Commerce and serving as a Marketing Manager in an organisation. During this period, an amazing incident took place and became a turning point in his life.

Guided by unknown forces he went to Nepal, and met Shivbaba, an aging ascetic who accepted Swamiji as his disciple. Shivbaba passed on his total spiritual knowledge that he had gained in his lifetime to Swamiji in a meditative state and left for his heavenly abode.

Swamiji carried on with his life, got married and had a child. Another turning point for him was when a Mahatma came into his life accidentally. He told Swamiji that he was born for a different purpose and that he would be instrumental in changing the course of history. Leaving everything behind, Swamiji went with his Guru to the Himalayas.

Swamiji enhanced his knowledge by meditating with various Gurus, Siddhas, Rishis, Munis, Kaiwalya Kumbhak Yogis, Buddhist Monks and Saints in the Himalayas. This enhanced his own spiritual evolution and knowledge. Finally the realisation dawned upon him that God is within oneself and is reached by simple prayer with faith. Once, Swamiji had a vision of Sai Baba of Shirdi in meditation who asked him to awaken the Kundalini of one of his disciple. By doing so the spiritual progress of the disciple was enhanced.

Swamiji thus realised that many great saints wanted him to be an instrument for spiritual upliftment of their disciples. Thereafter, Swamiji decided to dedicate his life solely as directed by Sai Baba and other such saints. Swamiji's generosity urged him to share the bliss and joy that he experienced when he achieved self-realisation with all other fellow beings. Thus he started teaching this technique called Samarpan Meditation to common people so that they too could achieve the bliss that he had experienced.

He began to be known as Swami Shivkrupanandji. Guided by his inner voice, he has conducted series of meditation camps in Maharashtra, Gujarat and Goa. He has also visited UK, Canada, Germany, Japan, Australia, Singapore, France. In the last six years he has conducted more than 600 camps, where about more than 5,00,000 people have been initiated. Today people meditate in more than 300 meditation centers in India and abroad. 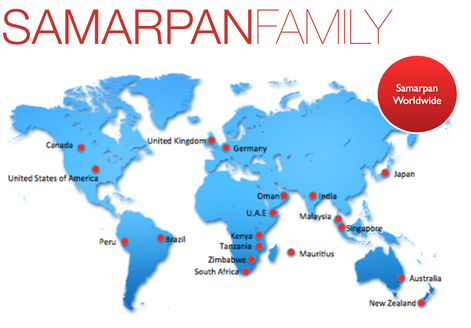 He began to be known as ''Swami Shivkrupanandji''. Guided by his inner voice, thereafter he has conducted series of meditation camps in Maharashtra, Gujarat and Goa. He has also visited UK, Canada, Germany, Japan, Australia, Singapore, France. Thus in the last Six years he has conducted more than 600 camps, where about more than 5,00,000 people have been initiated. Today people meditate in more than 300 meditation centres in India and abroad.